Two ravenous unliving swarms for your Curse of Strahd game or anytime you want to pop in a little undead variation into a game. These conversions are originally from Libris Mortis: The Book of the Undead

.  First we have the blood draining Bloodmote Cloud (CR6) and then we have a diseased Swarm of Bone Rats (CR2) to chew through the party.

A bloodmote cloud is made up of undead mosquitoes with a blood thirst. While a living mosquito is hardly more than an annoyance, and a swarm of the same is hardly cause for alarm, the appearance of a concentrated swarm of undead bloodsuckers is a calamity. 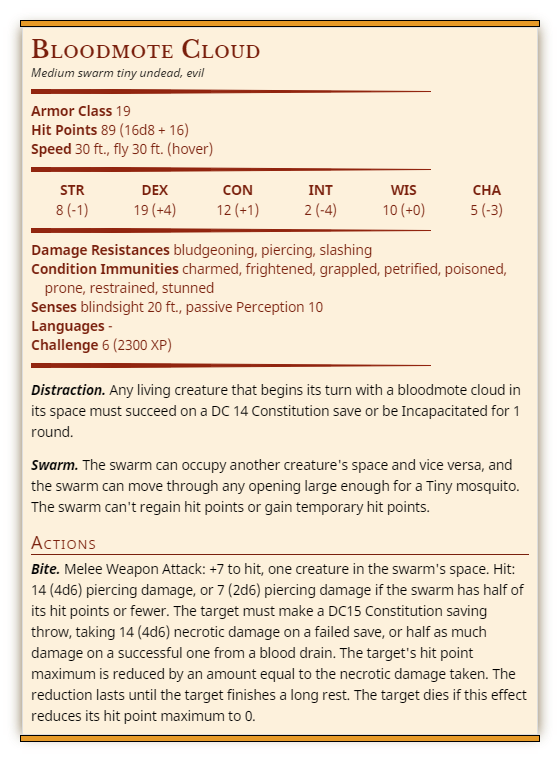 A bone rat swarm is a mass of undead skeletal rats. Though individually such creatures would pose little risk, in great numbers they can strip a creature clean in short order. 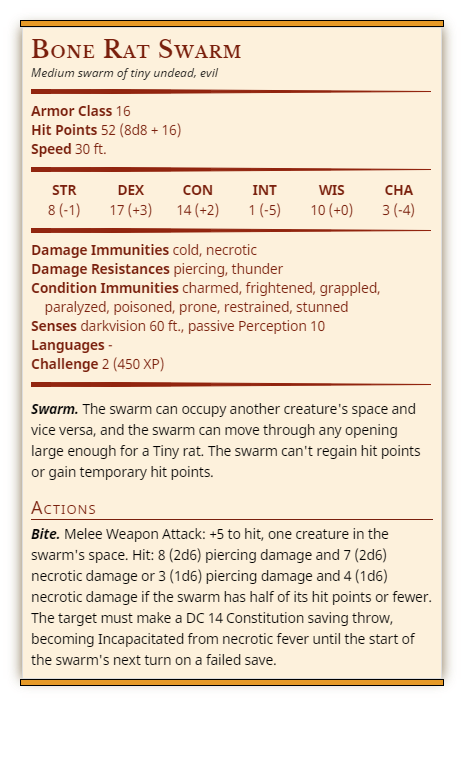